Trained Immunity-based vaccines (TIbV) emerge as a new concept of anti-infectious vaccines described in a recent review published in Frontiers in Immunology.

Conventional anti-infectious vaccines aim to prepare the immune system against specific pathogens to which the vaccine is targeted. The protective effect of these vaccines can last decades thanks to what is known as immunological memory. Until a few years ago it was believed that specific (adaptive) immunity was the only one with immunological memory, while innate (non-specific) immunity was devoid of it. However it is now evident that innate immunity can be trained to get better responses, and that this “ready-to-act” state lasts over time showing a type of immunological memory as well. The Dutch group of Dr. Netea has described this state as “trained immunity” and demonstrated that the associated memory is based on epigenetic modifications of certain cells of the innate immune system.

Trained immunity allows new avenues to novel concepts like TIbV, aimed at targeting cells of the innate immunity. These cells are not only the first line of defense against infections, but also have a pivotal role in inducing adaptive immunity by activating and driving specific responses.  Thus TIbV, while acting primarily on the innate immune system, may enhance adaptive responses as well within the trained immunity time frame. As a result,  a broad protection is envisaged even against unknown pathogens encountering the host during the trained immunity window period. 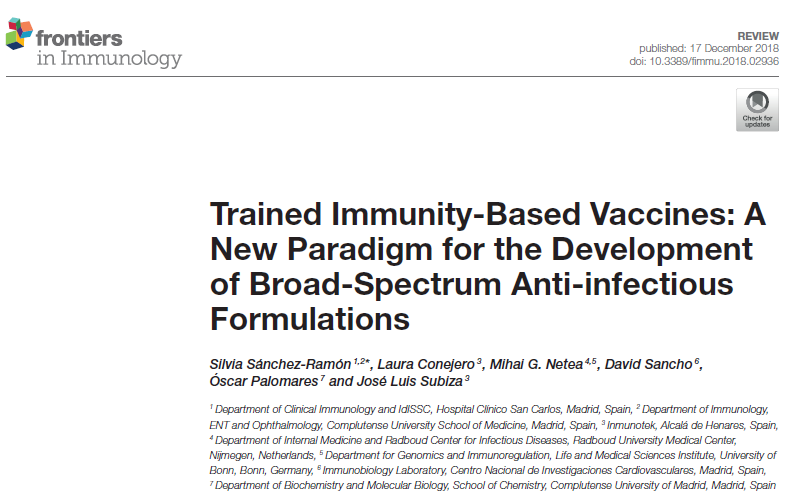 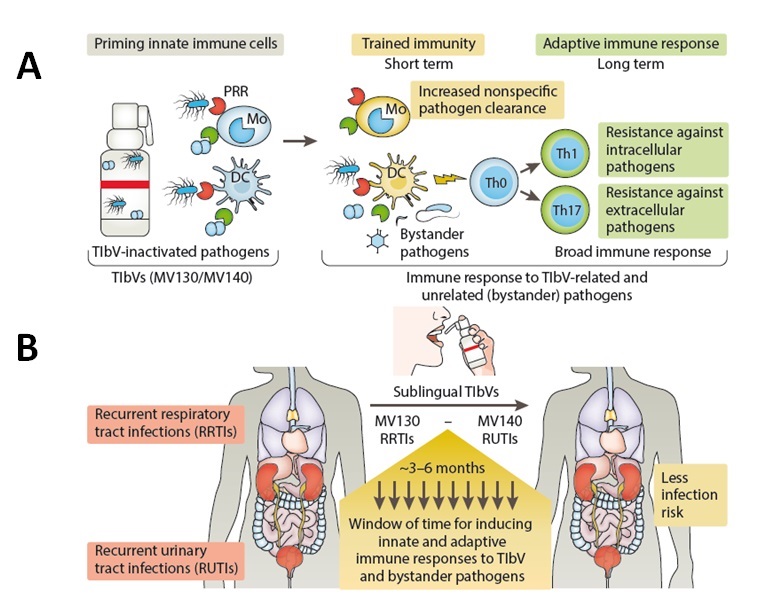 Allergoids coupled to mannan. A review