The International Day of Immunology is celebrated worldwide on 29 April with the aim of disseminating immunology among the general public and making this discipline known in its important role in health and disease.

This year, the central theme has been devoted to allergies and immunoglobulin E (IgE), to commemorate the 50th anniversary of the discovery of this antibody and its relevant impact on the diagnosis and treatment of allergic diseases.

INMUNOTEK has collaborated with the sponsorship of various acts carried out by the Spanish Society of Immunology to commemorate this day. 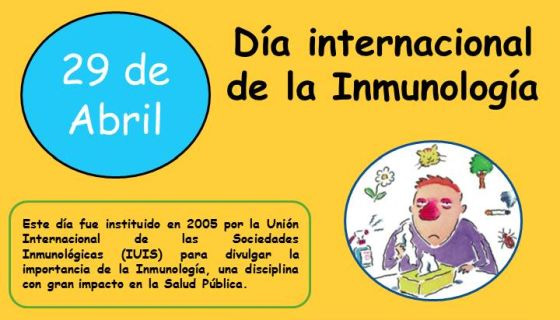 Congress of SEICAP
Scroll to top