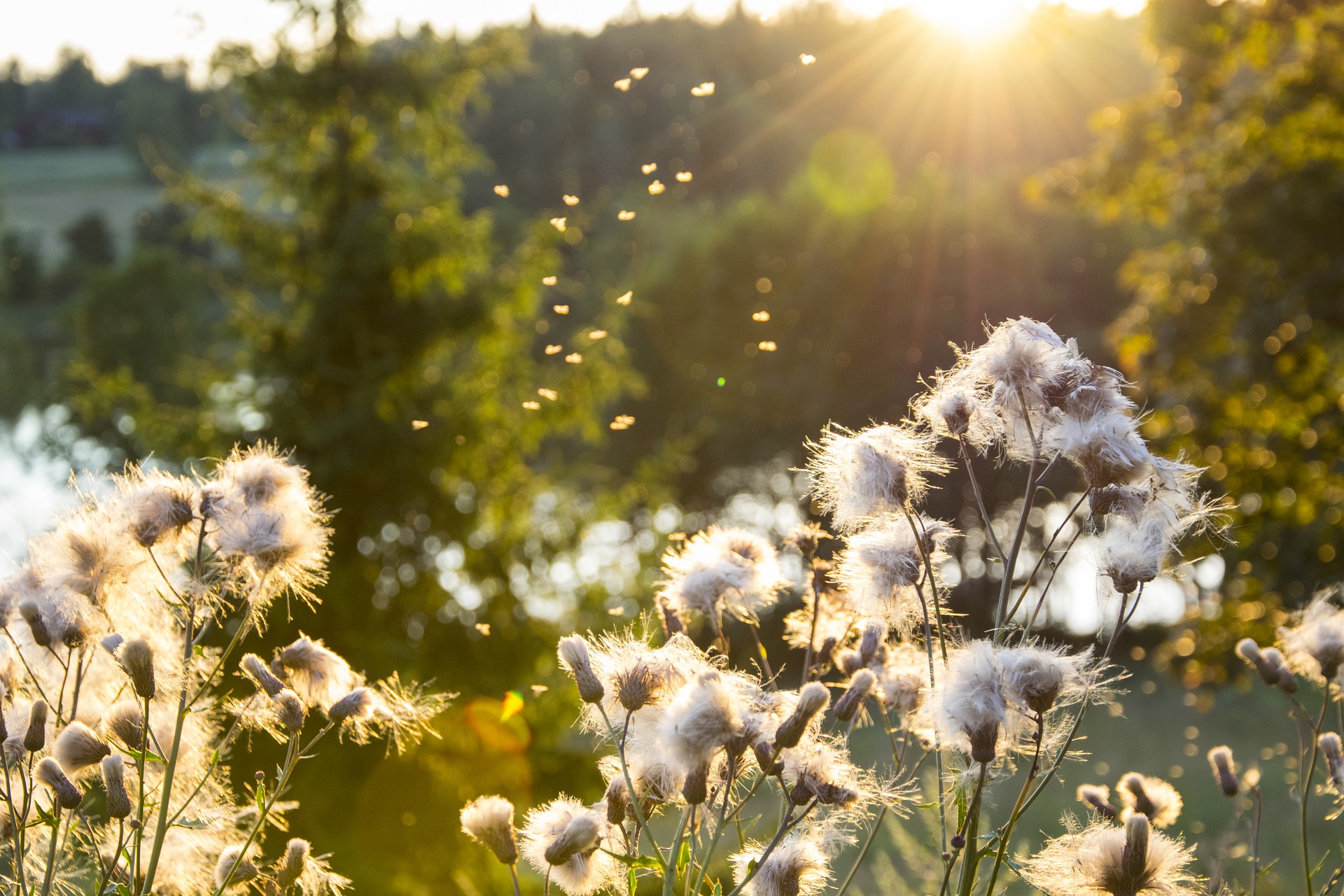 What is pollen allergy?

Pollen is produced by the flowers of plants and is found in the air during flourishing seasons. This is mainly the case with anemophilous plants that release pollen in large amounts. These are plants bearing unattractive flowers that cannot pollinate by means of insects. Pollen allergy is determined by the type and abundance of the plants growing in an area as well as by the characteristics of the pollen. As it is a microscopic particle carried by the air we breathe, allergic patients suffer symptoms in the airways and also in the eyes. Therefore, clinical expressions usually occur in eyes and nose (rhino-conjunctivitis) but can also include asthma, in a variable percentage of patients. Main allergy causing plants are grass, some bushes and trees.

Poacea is a large botanical family comprising wild (grasses) or cultivated plants (grains). Their pollen is one of the most allergenic types, and it was utilized for describing allergic rhinitis. These plants pollinate in May and June, although small concentrations can be found throughout the year (Poa annua). Even though all Poaceae have a similar allergic charge, some species have significant variations. The most important ones in inland Spain and the Mediterranean coast are Trisetum paniceum (wild oats), Dactylis glomerata, (cocksfoot), Cynodon dactylon (bermuda grass) and Lolium perenne(ryegrass). According to the characteristics of the pollen collected in the monitoring stations in Madrid and the central area of Spain, as well as the distribution of the plant, Trisetum paniceum (wild oats) are considered to be the main allergy causing plant in mainland Spain. There are other species of Poaceae in humid areas and valleys such as Phleum pratense (Timothy grass), more abundant along the northern coastline, and mainly in the centre and north of Europe. Cereal pollen (wheat, rye, oats) is considerably larger than wildflower pollen and accordingly not usually found in cities and large towns.

What is hay fever?

Hay fever is the common name for seasonal rhino-conjunctivitis. It has become a very popular term in Anglo-Saxon medicine. It was first utilized around 1825 in England by Dr. Bostock to describe the summer catarrh exhibited by some patients in the months of June and July, precisely when hay was being harvested and stored in farms. Said catarrh (which, contrary to its name, did not cause fever) was related to pollen by Dr. Blackley in 1873, who faced a high degree of skepticism from his peers. In the early 20th century, Dr. Dunbar, a German doctor, confirmed Blackley’s theory by provoking nasal reactions with grass pollen in allergic patients.

What are pollen counts for?

Plants pollinate in the season in which their flowers blossom, generally during well defined periods (May-June for Poaceae, January-February for Cupressaceae). However, the intensity of pollination changes each year, depending on climate factors. This gives rise to significant differences in the concentration of pollen in the air. The are also daily variations depending on the wind direction, storms and rain, etc. As the concentration of pollen in the air is directly related to the intensity of symptoms, it is very useful for patients to know said concentrations in order to regulate preventive measures. The most important cities have pollen meters that provide pollen concentrations daily (www.polenes.com)

What is dust mite allergy?

Microscopic domestic dust mites are highly allergenic. The most common mites in Europe and north America are from the Dermatophagoid species (D. pteronyssinus and D. farinae). Their name is because they feed upon human skin (phagos, from the Greek “that eats”) that is continually discarded in the descaling process. For this reason, these mites are abundant in mattresses and pillows when environmental conditions are favorable. These conditions, found in the coastal regions of Spain, include a relative humidity above 55% and mild temperatures. Mites and their feces are highly allergenic, causing symptoms in allergic patients when inhaled and causing rhinitis and bronchial asthma.

What is dust allergy?

Domestic dust is a heterogeneous mixture of substances in varying states of decomposition, including organic compounds with high allergenic capacity, mainly mites of the Dermatophagoids species, pet skin remains (cats) and insects (cockroaches). Therefore, the allergy produced by dust is due to the allergens it contains which, being carried by the air, produce symptoms in the airways and eyes.

What is fungal allergy?

Fungi are microscopic living vegetable organisms that have no chlorophyll (the pigment that makes plants green). Fungi grow in branch filaments called Mycelium and reproduce through spores. When we see moldy bread, we are seeing the Mycelia of a fungi (generally Penicillium). However, the allergic symptoms are caused mainly by the spores (the equivalent of the seeds). Spores are very small and light, and therefore can be carried by the wind long distances. Fungi can grow in houses or outdoors. They usually develop in humid and warm environments and prosper in natural areas with organic matter in decomposition.

What is wasp or bee sting allergy?

This allergy occurs after a sting by hymenoptera (wasps or bees). Approximately 800,000 people are allergic to the poison of these insects in Spain, which causes between five and 20 deaths per year. This is particularly painful because these patients could be cured with a vaccine.

Physical reactions to stings can have various degrees of intensity:

What is an anaphylactic shock?

It is the most severe allergic reaction. Fortunately it is highly infrequent but, when it occurs, it requires immediate attention. Anaphylactic shocks occur when the allergen reaches the bloodstream and expands throughout the body in a short period of time. This can happen with some food allergies or when the allergen enters the body through innoculation (hymenoptera bites, injectable drugs or vaccines).

A patient suffering an anaphylactic shock experiences difficulty in breathing, weakening pulse and sudden blood pressure reduction. It is a very fast reaction that takes place a few minutes after the allergen has entered the bloodstream. In the absence of treatment, it is a highly dangerous situation which can be resolved with an immediate injection of adrenalin. Patients at risk of suffering accidental anaphylactic reactions (like those allergic to hymenoptera) should always carry self-injectable adrenalin.