The Financial Times features INMUNOTEK as a successful company capable of overcoming economic and political turbulences in a special report on business and innovation in Spain.

According to the Financial Times (FT), innovation and competitiveness shield Spanish companies from eventual turbulences associated with the economic cycles or political issues. Companies that promote these values ​​are able to access to external markets, have a sustainable growth and create employment.

FT features INMUNOTEK in the article How Spanish business rides out political turbulence as a good example. FT highlights how INMUNOTEK “has consistently increased its sales by about 20 percent a year, both in the depths of Spain’s recession in 2009-2012 and in recent years when the economy forged ahead”. 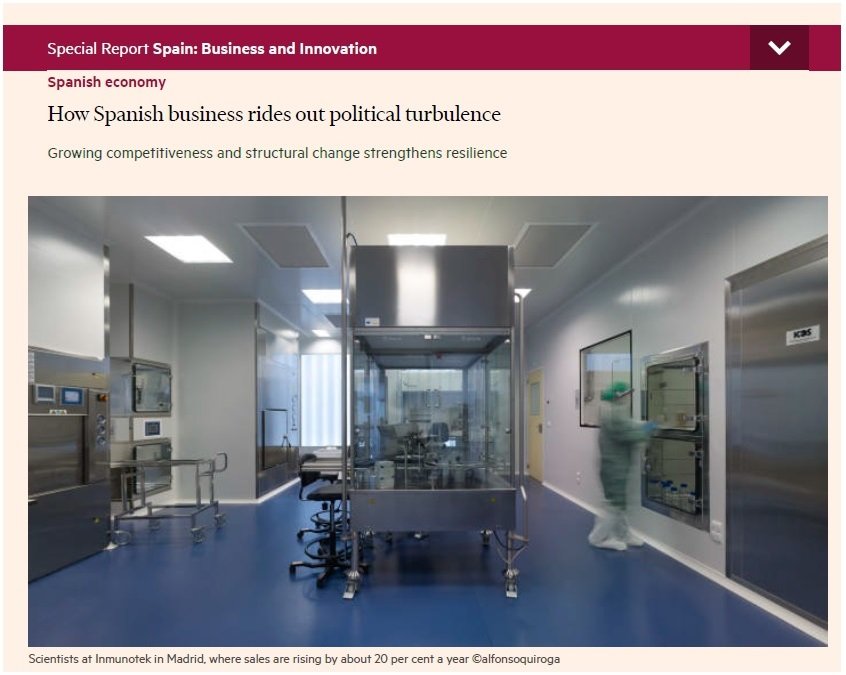