The Spanish Confederation of Small and Medium-Sized Enterprises (CEPYME) has awarded INMUNOTEK as the best company of the year in the sixth edition of its annual awards.

The awards ceremony has been chaired by the acting Minister of Economy and Business, Nadia Calviño, the president of CEPYME, Gerardo Cuerva, and the CEO of Santander Bank, Rami Aboukhair, as the sponsor of this award.

The prize SME of the Year is granted to the company that has stood out for its Business Excellence, taking into account the Business Activity, Innovation, Internationalization and Job Creation criteria.

In his thanking speech, the CEO-President of INMUNOTEK, José Luis Subiza, has valued the company’s commitment in knowledge, innovation, material resources but above all, in the competence of the INMUNOTEK team and its ability to face all challenges. 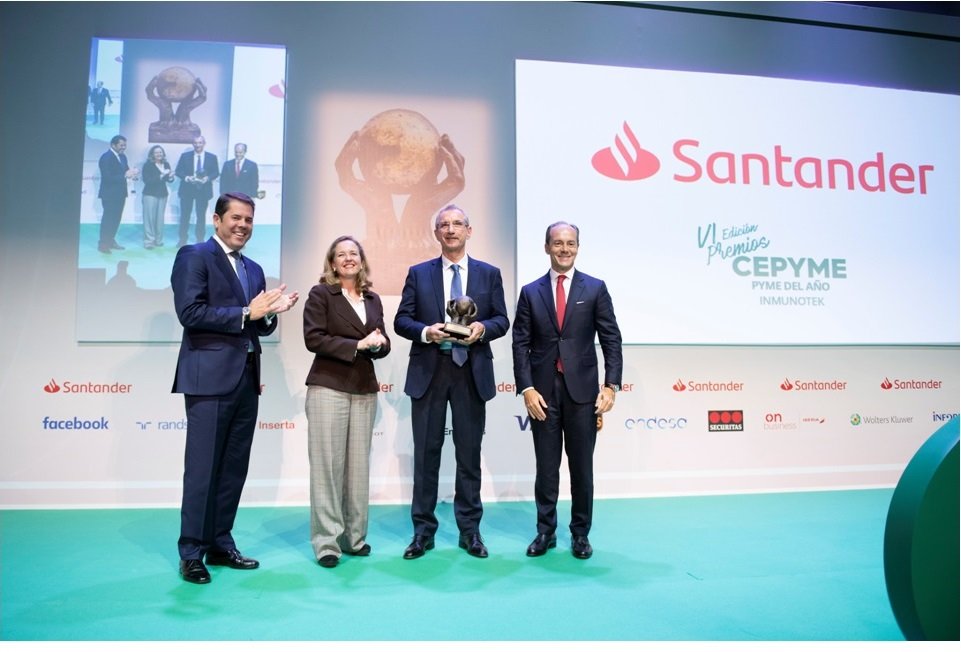