INMUNOTEK is awarded as Best Innovative Company and distinguished as one of the three companies with the largest International Expansion, in the first edition of the CEIM Awards, granted by the Confederation of Entrepreneurs of Madrid – CEOE, Spain.

This recognition is granted to companies that have stood out during the year, both for their contribution to economic development, job creation and for their work at the service of the community. Mr. Javier Ruiz, Deputy Minister of Economy and Competitiveness of the Community of Madrid has been in charge of giving the award to Dr. Enrique Fernández Caldas, Scientific Director of INMUNOTEK.

The award ceremony was attended by the president of CEIM, Juan Pablo Lázaro, the president of the Chamber of Commerce, Ángel Asensio, institutional representatives, prominent personalities and other businessmen, among which Pedro Manuel Rollán, Vice President of the Community from Madrid; José Ignacio Goirigolzarri, president of Bankia; Clemente González, president of IFEMA, Fernando Martínez, director of Fundación Universidad-Empresa, some of whom are in charge of awarding the prizes to the winners. 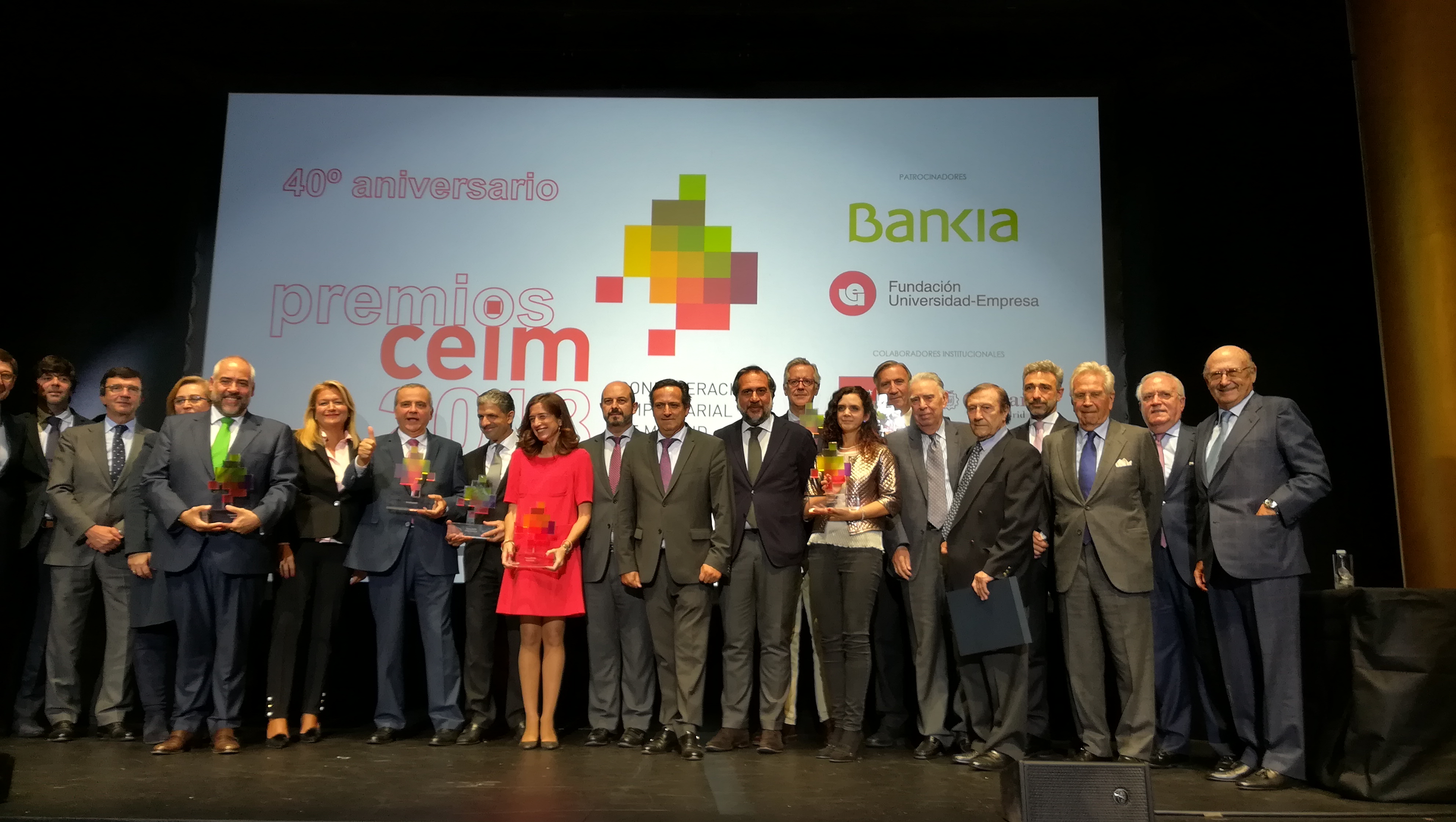 The president of CEIM, Juan Pablo Lázaro, highlighted the work of the participating companies and their projects that contribute to the momentum and dynamism of the Spanish economy. He praised the daily effort they make to develop their work. “They are an example for all entrepreneurs and for this reason we have wanted to recognize them with these awards”.

The CEIM Awards are part of the 40th anniversary of the Confederation of Entrepreneurs of Madrid.