INMUNOTEK expands further in Europe with a new subsidiary office based in Athens.

Madrid, November 1st 2020 – Inmunotek, a Spanish pharmaceutical company that researches, develops and manufactures products in the allergy and immunotherapy field, announces the expansion of its European network with the opening of a new subsidiary in Athens, Greece: Inmunotek Hellas.

After successfully establishing other subsidiaries along with many cooperation partners around the world, the new branch consolidates Inmunotek’s Group operations in Greece, which was previously managed through the distributor Arma Pharma, as a response to the increasing demand of its innovative portfolio of pharmaceutical products.

“Greece is one of our most important markets. We are excited to announce the creation of Inmunotek Hellas to further strengthen our European presence and to fulfil our commitment with the Greek community to delivering innovative immunotherapy”, said José-Luis Subiza MD PhD, President-CEO of Inmunotek.

The new opening of Inmunotek Hellas will also see the launch of a new, next-generation vaccine targeting dendritic cells based on mannan-allergoid conjugates, for the treatment of respiratory allergies. Greece is going to be one of the first countries in the world to introduce this novel type of allergen-specific immunotherapy.

“The establishment of this new subsidiary matches the trust and loyalty of the Greek Healthcare Professionals with the scientifically-driven and innovative products of the International Inmunotek Group”, stated Christos Ntais MD PhD, Medical Director of Inmunotek Hellas.

Inmunotek is a Spanish pharmaceutical manufacturing company with more than 25 years experience in the Immunology field for the diagnosis and treatment of allergic and other immune-based diseases in human and veterinary medicine.

Currently, Inmunotek is present in more than 50 countries in all continents, with subsidiaries in Portugal, Mexico, Perú, Colombia, and now in Greece. As a leading company in business growth and innovation, Inmunotek has been recognised with the “National Innovation Award 2019” by the Spanish Ministry of Science and Innovation, “Best SME of the Year 2019” by CEPYME. It has also been listed in the main rankings of fastest-growing companies in Europe (FT1000, Inc5000, CEPYME500), amongst other acknowledgements. 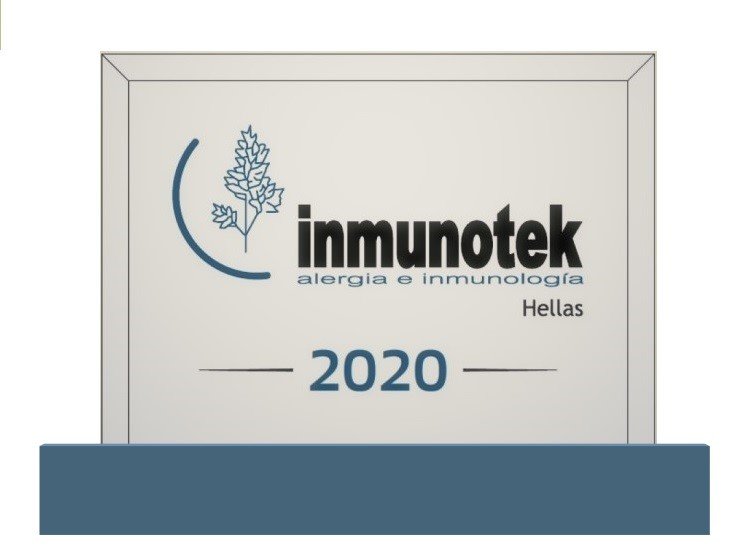