A proof-of-concept pilot study on the effect of MV130 (Bactek) in the prevention of recurrent respiratory infections in patients with CVID (common variable immunodeficiency) has been published in Biomedicines.

The results indicate a very significant reduction in RRIs during the subsequent 12 months after 3 months of treatment with MV130. The consumption of antibiotics and unscheduled medical visits are also reduced, improving quality of life and health costs. Interestingly, an antibody response (IgG and IgA) is observed against MV130 bacteria in general and against S. pneumoniae in particular (bacteria included in the MV130 formulation). It is concluded that MV130 would be acting as a TIbV (trained immunity-based vaccine), with a broad spectrum against different pathogens and ameliorating the impaired antibody response in these patients.

This research has been carried out under the direction of Dr. Silvia Sánchez-Ramón from the Immunology Service, Hospital Clínico San Carlos, Madrid, with the collaboration of INMUNOTEK. 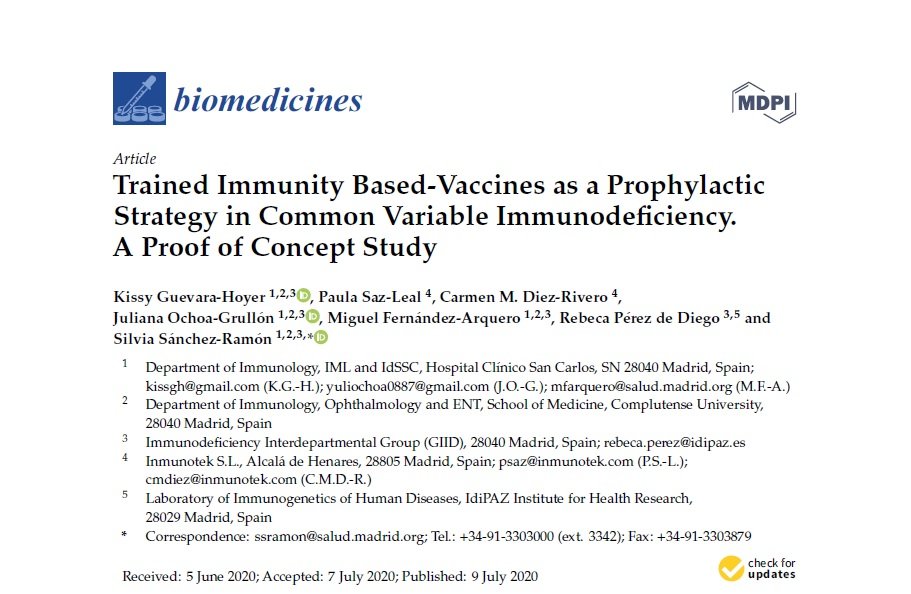